NOSS findings #1: Many, but not all, ANSPs employ some sort of procedural countermeasure to ensure that critical information is passed during position relief briefings. At two NOSS Archive ACCs, the protocols and practices behind position relief briefings varied greatly amongst different work units within the Center.  Some workgroups were deemed to have more effective briefings than others (e.g. the briefings were more structured and likely to include all relevant information, interruptions were better managed, and incoming controllers appeared more participatory in the briefings, etc).

Response to findings: The work groups that were deemed to have the more effective briefings utilized protocols that were unique within the ACCs to guide their briefings.  One used a combination of a checklist and a “challenge-and-response” method in which the incoming controller guided the briefing, while another used an acronym.  The protocols and practices in the work groups deemed to have effective position relief served as models to the other workgroups, with many of the “best practices” being adopted at the behest of the observers who saw “a better way of doing things” when observing the workgroups that had good briefings.  Follow-up NOSSs indicated that the briefings were more likely to be complete and appeared to be more structured. 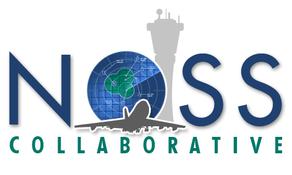 Context: Anecdotal reports indicated that two similar sector groups within the same ACC had drastically different standards of communication practices.  Specifically, Group A was believed to adhere to prescribed communication standards, while Group B was reputed to employ more slack standards (i.e. they were the “cowboys”). 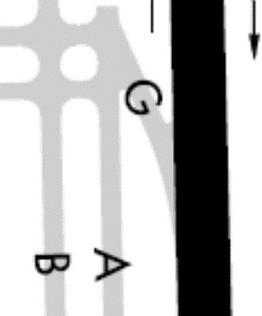 ​Issue identified during NOSS: Some general aviation and turbo-prop aircraft were filing departure routes through a piece of Special Use Airspace (SUA) which contained activity that could be extremely harmful to aircraft and its occupants.  It was further identified that documentation available to pilots for flight planning purposes did not reflect the threat of this SUA.  In all instances in which flights were planed through the SUA, controllers amended the routing so that the SUA was avoided.

Response to findings: While the controllers successfully detected and corrected all instances in which flights had planned through the SUA, it would be preferable to prevent events using more strategic measures so that the controllers do not have to “catch” such flight planning issues on a case-by-case basis.  As such, the departures in question were immediately canceled via NOTAM and the documentation materials were updated to remove the departures in question.

Issue identified during NOSS: A particular sector had an anecdotal reputation (amongst those who worked the airspace) as being unstructured and challenging, though there was little information available in the SMS to substantiate this reputation.

NOSS data indicated that more threats, consequential threats, errors and undesired states were noted in this sector than in other airspace.  This data, much of it collected by observers from outside the sector, substantiated the sector’s reputation and provided some details on the complexities.  Specifically, controllers spent a significant amount of time dealing with parachute operations, managing conflictions, and providing approach services to smaller airports, which often necessitated coordination with adjacent sectors due to a lack of airspace.

Response to findings: The NOSS findings prompted a review of the airspace, which led to several changes intended to simplify the airspace, including:

Follow-up NOSS findings (three years later) showed a reduction of in the TEM metrics which were elevated during the initial NOSS.  Anecdotal reports also indicated that the challenges presented by the airspace had improved.Type your paragraph here.

Issue #1 identified during NOSS: During several observations in a tower, arriving aircraft were observed to slow significantly (even coming to a complete stop) as they exited the runway via the rapid exit taxiway (see below).  Discussions during data verification indicated that controllers were familiar with several instances of aircraft turning on to the wrong taxiway at this intersection, though these events did not appear to have been reported. The impression amongst controllers was that this was a confusing intersection that was contributed to pilot taxi errors and increased runway occupancy (as aircraft were slow to vacate the RET).

Response to findings: Management presented the findings to the Airport Operator, who painted additional markings on the taxiways to more clearly indicate the taxiways.

Issue #2 identified during NOSS: A single, bi-directional airway was being used for all North-South traffic in a major metropolitan area.  To compensate for the lack of built-in lateral separation, off-set procedures were sometimes (but not always) utilized.  NOSS observations indicated that the utilization of the off-set procedure significantly increased the controller’s workload by increasing their communication and strip marking responsibilities.  Further, mistakes were sometimes made by controllers and pilots in their application of the off-set procedure, thus negating the benefits of the procedural countermeasure.

Response to findings: Management used the NOSS findings along with other information to build a case for the development of parallel, segregated airways to systemically separate northbound and southbound flights.  The comprehensive case presented by management convinced the military (who owned the adjoining airspace) to provide enough space for the development of parallel, segregated routes.  A follow-up NOSS showed this portion of the airspace to be considerably less complex.

Issue identified during NOSS: There were substantial issues pertaining to not knowing which aircraft were on frequency.  Controllers were not issuing frequency transfers by the prescribed locations.  Further, the fact that an aircraft had entered the sector but not established communications was often not being noticed until controllers attempted to issue instructions to the aircraft (sometimes to solve conflictions), who were still on the previous frequency.

NOSS observers, however, noted that some observed controllers were always quick to detect aircraft that had entered the sector but not checked in on frequency, and were never late in issuing frequency changes.  The controllers who demonstrated high awareness of which aircraft were on frequency deployed individual techniques to indicate which aircraft were on their frequency (e.g. increasing the brightness of aircraft on their frequency, altering the appearance of the datablock).

Response to findings: The facility had transitioned from paper flight data progress strips, for which there was a method of indicating which aircraft had established communications, to electronic strips, for which there was no method. The NOSS observers proposed to management that controllers be required to use on of the techniques identified during the observations of controllers who demonstrated superior awareness of which aircraft were on frequency.  It should be noted that a contemporaneous and highly publicized incident at another Enroute facility at this ANSP involved an aircraft traveling through several sectors without establishing communications.  The report by the Investigatory Body in this State highlighted similar deficiencies as the NOSS findings and made similar recommendations that had already been suggested by observers and adopted by management at the facility where NOSS had been conducted.Type your paragraph here.

Issue #1 identified during NOSS: Departing aircraft were being given headings by the local/aerodrome controller without coordinating with the terminal controller (in contravention of local procedures) during about half of the observations.  The rest of the time, headings were being coordinated.

Response to findings: Focus group discussions indicated that the headings being issued by the local/aerodrome controller presented no operational concern to the terminal controller.  In fact, the coordination of such headings was deemed “nuisance coordination” by the terminal controller.  In response, a Letter of Agreement (LOA) was drafted that permitted the issuance of certain headings by the local/aerodrome controller without coordination being required.  This change to procedures reduced coordination and ensured that the procedural guidance is closely aligned with operational realties, thus providing more credibility to the procedures that remained “in the book.

Issue identified during NOSS: Aerodrome/Local controllers were not always conducting sufficient runways scans prior to issuing takeoff or landing clearances (nor were ground based radars being used to compensate).  Several factors were also noted that were leading to increased “heads down” time by controllers.  One involved the Aerodrome/Local controller interacting with the automation, particularly in sorting through long message queues, many of which were of no relevance to the controller (e.g. aircraft overflying the field at FL320).  The other involved the hap-hazard manner in which the assistant distributed the flight data progress strips to the controller.

Response to findings: The organization made efforts to reduce the amount of “heads down” time by adjusting the strip distribution procedures and applying software filters to eliminate irrelevant messages in the automation.  In addition, the importance of conducting proper runway scans were re-enforced by the quality standards and training teams.  A follow-up NOSS indicated that runway scans were being sufficiently conducted (and even cited as a strength). 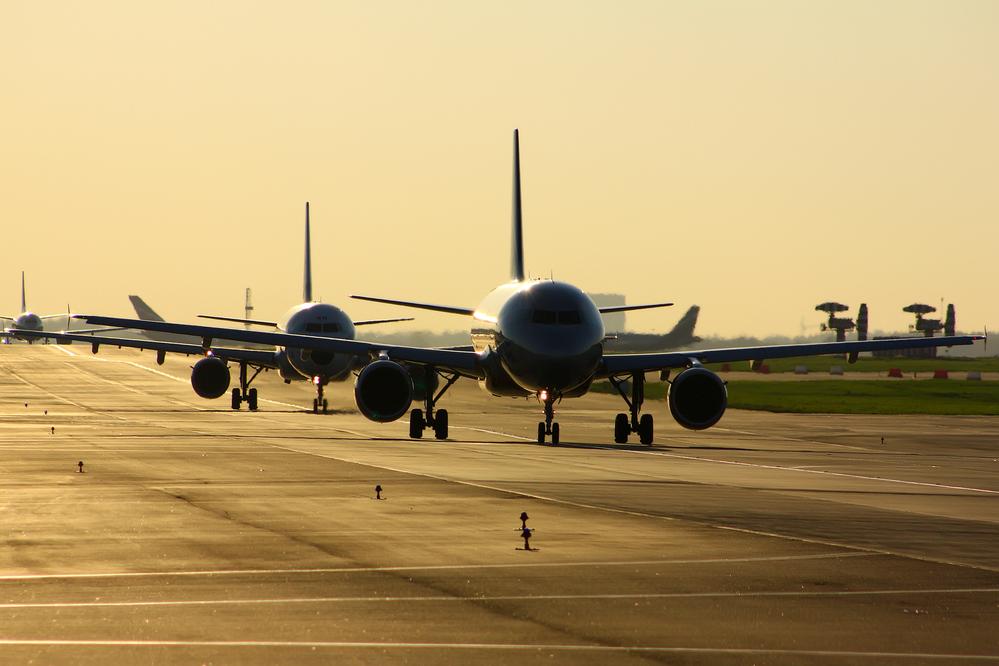 Issue identified during NOSS: NOSS findings at one major International Tower indicated systemic strengths during routine operations – despite encountering an elevated number of threats relative to comparable towers, such threats were significantly more likely to be managed successfully by controllers.   Effective tactical countermeasures were being consistently used to account for aerodrome limitations and to capture threats posed by pilots.  However, threats stemming from non-routine traffic (survey flights, MEDEVACs, etc) were leading to controller errors and undesired states.

Response to (positive) findings:  The data collected during routine operations indicated robust training and procedures and were indicative of a high standard of performance.  These findings were distributed to staff and managers to vigorously reinforce the high standards demanded by and practiced at the unit (i.e. “this is how we do things at XX Tower”).

​NOSS findings: For several months, there were dramatic spikes and decreases in incidents pertaining to discrepancies of cleared altitudes and what was expected / coordinated with the next sector.  The factors behind these incidents, and the reasons why they ebbed and flowed over a several month period was not understood.  The NOSS data also detected differences in this group of sectors relative to other sectors at the facility.  Specifically, there was a tendency amongst some controllers to “pre-load” the data block – changes were made to the altitude in the data block prior to instructions being issued to aircraft.  This appeared to be the underlying behavioral practice that was leading to the incidents (and believed to be an adaptation to the high number of interactions required with the automated system).

Response to findings: Educational efforts were made to underscore the importance of coupling the act of issuing the altitude instruction (and receiving a correct readback) and making changes to the data block.  These efforts were backed up by the supervisors and auditing regime.